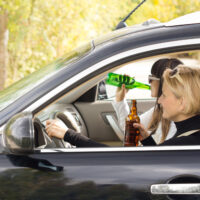 A recent survey of US drivers reveals that, despite knowing what the safe choice is and agreeing that it is the safest possible choice, they still don’t always make that choice for themselves. The AAA Foundation for Traffic Safety recently released its annual Traffic Safety Culture Index, which shows a substantial disconnect between what behaviors drivers think are safest, and how they drive themselves.

Participants reveal their driving habits over the previous 30 days

The AAA Foundation’s survey was conducted last fall, between August 25 and September 6 of 2016. The survey polled over 2,500 individuals who had reported driving in the past 30 days on their opinions of dangerous driving behaviors. These included driving under the influence of drugs or alcohol, driving drowsy, distracted driving, and aggressive driving. The survey also asked the drivers whether they had committed any of those behaviors themselves within the past 30 days. According to the poll, the majority of drivers acknowledged the danger of certain driving habits, but nevertheless engaged in them.

If you or someone you love has been injured by an aggressive, distracted, or drunk driver in New York, contact a determined and effective Kingston car injury lawyer of Rusk Wadlin Heppner & Martuscello, LLP for a consultation, at 845-331-4100 (Kingston), or at 845-236-4411 (Marlboro).