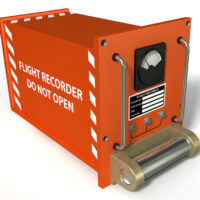 When a plane crashes, the first part of the jet that investigators always seem to look for is the so-called “black box.” This item records audio from the cockpit, as well as information about what had been occurring mechanically in the plane prior to the crash. Did you know that a device recording similar information is probably running in your car each time you start your engine? Personal vehicle Event Data Recorders, or “EDRs,” are not quite so thorough as those installed in planes; for one thing, they do not record any audio from the cabin of your car, and vehicle EDRs are not as comprehensive in the data recorded as the black boxes in planes. Nevertheless, the data from these devices can become useful in the event of a disputed serious car accident, provided your attorney is able to competently utilize the data.

EDRs are not a new introduction to personal automobiles–such devices first started appearing in the first cars to have airbags in the 1970s, in order to record how and when the airbag deployed in a crash. By 2005, the devices could be found in 64% of all new cars. The Insurance Institute for Highway Safety now estimates that all new cars have some form of data recording device installed. In the past, these devices were designed to monitor vehicles’ fuel efficiency, and would monitor an engine’s revolutions per minute, throttle position, and air flow. The devices are now primarily geared toward recording data being reported from sensors located throughout the car before and after an impact, including information about whether the brakes were applied, whether the car was accelerating, whether seatbelts were fastened, and whether the car sustained more than one impact before the air bags deployed. While normally the device is continuously recording over old data, once the car is impacted, the device will permanently retain data from five seconds before and five seconds after the crash. This data can be useful in identifying fault in a crash, and can also record a vehicle malfunction occurring prior to the crash, which could support a products liability claim against the manufacturer.

For those with privacy concerns, New York has enacted legislation targeted at protecting this information. The information from an EDR is only accessible in the following circumstances: when a court issues an order requiring that it be produced; with the owner’s consent; to service the vehicle; for the purpose of manufacturer safety research; or in order to alert emergency personnel about where the car is located. Additionally, some insurance companies will require their policyholders to allow EDR information to be released in the event of a crash.

If you have been injured in a Hudson Valley car accident and need legal assistance to ensure that all of your needs and costs are covered after the crash, contact personal injury law firm Rusk, Wadlin, Heppner & Martuscello at 845-331-4100.