The Importance of Revoking a Will: Duplicate Wills and Will Contests 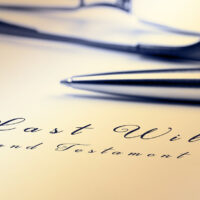 In a recent case, the New York Court of Appeals dealt with the issues of will contests and will revocation. In 2010, Robyn R. Lewis passed away, and a search commenced where it was determined that she left no will—or at least that’s what her family thought—and Letters of Administration were issued. In 1996, Lewis had executed reciprocal wills with her then-husband. The couple later divorced in 2007. Lewis’ ex-mother-in-law had found a copy of the 1996 will in her dresser at her home in Texas. The will was admitted to probate by Lewis’ ex-father-in-law, James Russell Simmons, and the petition to contest the probate proceedings was brought by Lewis’ parents and brothers. Lewis’ ex-husband—the named executor and beneficiary in the 1996 will—was disqualified under New York law from taking under the will. The elder Simmons, however, was not disqualified and was named in the will as the alternate executor and beneficiary. The disposition of Lewis’ real property, namely a home in Clayton, was the sole issue of the dispute.

During the probate proceedings, Lewis’ ex-husband testified that he and Lewis executed reciprocal wills during their marriage in 1996. They each had four copies of the wills at the following homes: their Texas home, their New York home, and his parents’ home to protect the documents in the case of fire or other destruction. Although there was some evidence of the 1996 will’s revocation, mainly due to the execution of a 2007 will, neither the 2007 will nor a written revocation could be located. The lower court noted that the execution of a will ten years prior to her divorce raised suspicions as to whether the 1996 will accurately accounted for Lewis’ wishes at the time of her death in 2010. The Court of Appeals held that an issue of fact, which needed to be decided by the lower court, existed as to whether Lewis had in fact revoked the 1996 will. The fact that the 1996 will was in quadruplicate and was never found in her home at the time of her death, led the Court to believe that it was at least possible that the will was revoked through destruction of the document. The Court remanded the case to the court below to hear evidence and rule on that issue.

Legal Revocation of Wills can be a Complicated Matter

Wills can be revoked not only through a written revocation, but also through the testator’s action. As illustrated above, it is possible that a will may be revoked by the testator destroying the will with revocatory intent. This is possible even if there are other duplicate wills. Such revocation is presumed if the will previously in the possession of the testator could not be located at the time of her death.

Simply put, wills and other testamentary documents are important. Marriages, divorces, moves, and other life changes can leave behind trails of unwanted and unintended documents. It is important that you keep your estate planning documents current and revisit them on occasion. Failure to do so could leave your loved ones with a headache, a will contest, or other unintended issues. To review or amend your estate plan or to discuss a potential will content, please contact our firm today.