The Threats Posed by Wrong-Way Driving 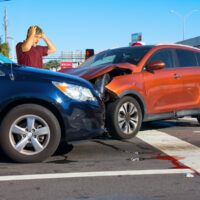 Wrong-way driving does not occur often, but it can be extremely deadly when it does. When a car enters a divided highway traveling in the wrong direction, it can be difficult to avoid a collision while traveling at a high rate of speed. Read on to learn about how wrong-way crashes occur, and a recent local incident involving a wrong-way driver.

The US Department of Transportation states that approximately 350 individuals are fatally injured by wrong-way drivers each year, nationwide. Research done by the National Transportation Safety Board (NTSB) has found that these accidents often share a number of common factors. For example, 78% of wrong-way accidents occur at night, between the hours of 6:00 pm and 6:00 am. Experts reason that factors such as intoxication, low sign visibility, fatigue, and poor vision among drivers contribute to these accidents happening more often in the evening. Elderly drivers are disproportionately represented among those involved in wrong-way crashes, likely due in part to issues with vision or diseases that involve a proneness toward confusion. Intoxication is an issue in a disconcerting 50-75% of wrong-way crashes, and many of those drunken crashes were caused by drivers with a prior DUI conviction. Due to this fact and others, the NTSB recommends that drivers who have been convicted of driving while intoxicated be compelled to install an alcohol ignition interlock device, or some other means of measuring blood alcohol level before a driver can start a vehicle, to prevent these tragedies. Wrong-way accidents often result from a driver entering a highway via an exit ramp, leading researchers to believe that these accidents could be prevented with more conspicuous signage warning drivers away from entering exit ramps.

The catastrophic consequences of wrong-way driving were brought close to home recently in an accident occurring on the Thruway in the Hudson Valley town of Guilderland. 71-year-old George Bradwell drove his Hyundai Sonata in the wrong direction on the Thruway at approximately 9:30 pm on October 30. The Sonata hit a minivan, whose driver was not identified, and a Chrysler, driven by 37-year-old Robert Prior. Bradwell was declared dead at the scene of the accident, and Prior died after being taken to Albany Medical Center. After colliding with the Sonata, the minivan was struck by a Chevrolet Cobalt, driven by Antione Marcais, 64, and a Dodge pickup driven by John Shatraw III, 27. Both drivers were not seriously hurt.

If you or a loved one have been injured in a crash in the Hudson Valley, contact personal injury attorneys Rusk, Wadlin, Heppner & Martuscello for a consultation on your claims, at 845-331-4100 for our Kingston office or 845-236-4411 in Marlboro.