Traffic Down in New York Due to Coronavirus, but Traffic Deaths Remain High 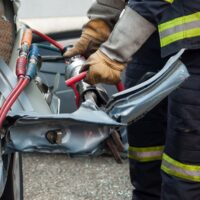 The COVID-19 coronavirus pandemic has had a number of unexpected effects on life in New York and across the country. The shelter-in-place orders have been effective at stemming the spread of the novel coronavirus but have had significant effects on businesses and individual income statewide. One silver lining that has arisen: With no need to commute and fewer places to be, there are significantly fewer cars on the road. Unfortunately, the benefits are not as significant as many originally hoped. The number of traffic fatalities across the state and country has managed to balance back out to normal numbers, to the extent it ever dipped at all. We explore the confusing results of less traffic in New York below. Call a dedicated New York car accident attorney if you or a family member has been injured in a car crash in the Hudson Valley.

One fact that is undisputed: There are far fewer cars on the road. In New York City, traffic (as measured in the number of miles traveled by vehicles in the five boroughs) fell by up to 76 percent in late March and early April. By July, traffic is still less than a third of pre-pandemic levels.

Traffic across the Hudson Valley has likewise plummeted by over 70 percent for much of the coronavirus pandemic, occasionally dropping by as much as 84 percent compared to pre-pandemic levels. The steep drop started on March 15, a week before the NY PAUSE order was given. Traffic in the Hudson Valley has since climbed up somewhat but remains at 50-75 percent of pre-pandemic traffic at the highest.

The takeaway point: Be careful on the road, whether you are a driver, a pedestrian, a cyclist, or a motorcyclist. People have managed to offset the reduction in the number of vehicles by driving that much more recklessly. If you are hurt by a negligent or reckless driver in New York, you have the right to compensation.

If you or someone you love has been hurt in a car crash in New York, find out if you have a right to compensation for your injuries by contacting the seasoned and effective Hudson Valley personal injury lawyers at Rusk, Wadlin, Heppner & Martuscello, LLP for a free consultation at 845-331-4100 (Kingston) or 845-236-4411 (Marlboro).