What Are Intangible Damages From a Lawsuit, and How Are They Determined? 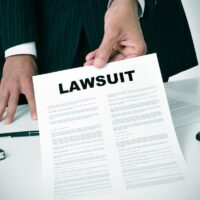 After you’re injured in an accident negligently or recklessly caused by someone else in New York, you’ll find that you have incurred some obvious and easily measured expenses, but that some of the costs you’ve experienced or harm you’ve sustained will not be so easily calculated. Read on to learn about the types of damages for which you may be eligible as a result of a personal injury lawsuit, and how the court will determine how much you’re owed.

“Monetary damages” is the legal term for a money award as a result of a successful lawsuit. Courts will award monetary damages for both economic losses and non-economic losses. Economic losses include expenses you incurred or money you lost as a direct result of your injuries, such as your medical and rehabilitative expenses, the costs of repairing or replacing your car or other property, any lost wages from being off work while you recovered, and any lost earning capacity if your career will be affected over the long term by your accident. These sorts of damages are more likely to be straightforward to calculate, since you will have receipts from your medical treatment, or documentation from your employer regarding how much work you missed (lost earning capacity being the exception, as it will require a more substantial argument to prove in court).

While your injury may not have resulted in a direct financial expense for you, the only real way for a court to ensure that the wrongly-acting party pays for what they did and that you are somehow compensated for your injuries is through money damages. Damages for injuries that can’t be measured are known as non-economic damages. In a New York personal injury case, judges and juries can award the following types of non-economic damages:

Pain and Suffering: This is compensation for the physical pain caused by a severe bodily injury. Courts and juries will look at the severity of the original injury from the accident, how long the victim was in severe pain prior to treatment, and whether the victim can expect to suffer long-term pain from the injuries.

Mental Anguish: These damages compensate an accident victim for the psychological effects of a traumatic accident. If, for example, a car accident was especially violent and gruesome, causing a victim to suffer post-traumatic stress or flashbacks, then the court may award this form of compensation.

Loss of Consortium: After a serious injury, your lifestyle may change dramatically. Should you be rendered disabled or paralyzed by a crash, you could be prevented from playing with your children, participating in sports, being intimate with a spouse, or doing housework, as you once could. Loss of consortium damages will offer compensation for these ways in which you experienced a reduction in your quality of life.

Punitive damages: These damages, rarely awarded by New York courts, will be available to a victim of an especially egregious, malicious act by a defendant, as a way of punishing the bad actor.

If you or a loved one have been injured in an accident caused by someone else’s negligent, reckless, or deliberate misbehavior, contact the skilled Hudson Valley personal injury attorneys at Rusk, Wadlin, Heppner & Martuscello for a free consultation on your claims, at 845-331-4100 in Kingston or 845-236-4411 in Marlboro.

By RWHM | Posted on January 25, 2016
Skip footer and go back to main navigation