What Is the Serious Injury Threshold in NY? 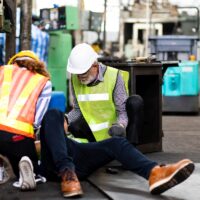 Under Section 5102(d) of the New York State Insurance law, a serious injury is defined as anything that meets the following conditions:

If you are a victim of a car accident in New York, you can apply the state’s No-Fault Law. Under this law, the no-fault insurance company insuring the vehicle you are in will pay for any medical bills and even a percentage of your lost wages. New York is one of 13 states that recognize No-Fault.

While you can claim the benefits of no-fault, depending on the extent of your injury, you may or may not be able to move forward with a personal injury claim. To file a lawsuit, you have to be able to meet the state’s serious injury threshold. You can expect that if you move forward with a claim, lawyers representing the at-fault driver will try everything to dismantle your claim that you meet the serious injury threshold.

The last four stipulations defining a serious injury in New York can at times be difficult to apply or defend because a victim and a defendant may be able to interpret the definition to best fit their case. When you are trying to prove a serious injury claim, there are a couple of things that you need to keep in mind to strengthen your case.

A court holds medical testing in high regard when hearing a serious injury claim. If your injury is serious enough, you should have sought medical attention for your injury. A judge will look at any medical evidence that shows the extent of your injury, how you were treated, and the rehabilitation process. While it’s important to keep clear documentation of your medical treatments, this may not always be enough to help you prove a serious injury claim.

The 90/180 rule Is often used when assessing the severity of an injury following an accident. This rule essentially stipulates that victims can move forward with a claim if they can show that the injuries they stained left them unable to perform daily tasks for at least three out of the first six months following the injury.

Continued Testing with Your Medical Provider

Because medical attention plays such a heavy role in determining the outcome of your case, a court may ask you to show evidence of continued testing and treatment with your medical provider. A court may call on a medical expert to testify on your evidence in order to determine whether your doctor’s methodology in diagnosing and treating your injury meets the threshold of a serious injury.

Must Be Clear Connection Between Your Injury and the Incident

When arguing a serious injury claim, you can expect lawyers representing the defendant to dismantle and break apart every piece of your argument. One of the best ways to combat weaknesses in your case is by collecting documentation from both your past and current medical history. It’s important to be meticulous in collecting documentation that shows the treatment you have received is directly related to the injuries sustained during the accident.

One of the biggest factors in helping you win a serious injury claim is having a qualified personal injury lawyer by your side. Our experienced lawyers can help guide you in collecting evidence that will help your claim as it’s often the lack of important documentation that leads to weakened arguments and lost cases.

If you have been the victim of a serious injury, and feel that your injuries rise to the level of a serious injury claim, reach out to one of our attorneys today to discuss your options. After an accident in the Hudson Valley, call Rusk, Wadlin, Heppner & Martuscello, LLP for a free consultation at 845-331-4100 (Kingston) or 845-236-4411 (Marlboro).