Who Pays for the Medical Bill After a Car Accident? 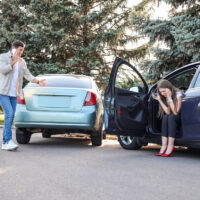 If you’ve been injured in a car crash, you might find medical bills quickly piling up. Who is responsible for paying your bills? Will your own insurance cover the costs, or do you have the option of filing a claim against another driver and potentially increasing your recovery? To learn about getting your medical bills covered after a New York car crash, read on. If you were injured in a traffic accident in the Hudson Valley, call a zealous Kingston traffic accident lawyer for advice and representation.

New York is one of a few states that utilizes a no-fault insurance scheme. In other states, if two cars collide, the driver who caused the crash (or, more accurately, their insurance) is responsible for paying everyone else injured. In New York, however, drivers carry personal injury protection insurance meant to cover themselves in the event of a crash.

Unless you have grounds to get out of the no-fault scheme, you will be filing a claim with your own insurance after a crash. It does not matter whether you were at fault or the other driver caused the crash; your insurance provider will cover your medical bills, lost wages, and other costs.

Under certain circumstances, car crash victims in New York can skip over the no-fault scheme and file a claim directly against an at-fault driver. Filing a claim against the other driver allows you to recover additional damages, including a greater portion of your lost wages and compensatory damages for pain and suffering and other harms.

In order to file a claim against the other driver, you’ll need to demonstrate you suffered a “serious injury” in the crash. Serious injuries include death, dismemberment, disfigurement, broken bones, loss of a fetus, loss or functional loss of a bodily organ, or an otherwise sufficiently debilitating injury. A seasoned New York car crash lawyer can review your case and your injuries and determine whether you might qualify to bring a claim directly against the at-fault driver.

After a Serious Injury, the At-Fault Driver Pays

Proving the other driver was at fault typically requires proving that they were driving negligently. (If everyone was following the rules of the road perfectly, it’s likely no crash would have occurred.) Drivers may be at fault for an accident when they, for example:

If the driver who struck you was in the process of violating any traffic safety rule, or they were otherwise driving negligently, then you can file a claim against them and recover from the driver and their insurance. A seasoned car crash attorney can help you build a strong case and maximize your recovery.

If you or someone you love has been hurt by a negligent or reckless driver in New York, find out if you’re entitled to money damages for your injuries by contacting the tried-and-trusted Hudson Valley car accident lawyers at Rusk, Wadlin, Heppner & Martuscello, LLP for a free consultation at 845-331-4100 (Kingston) or 845-236-4411 (Marlboro).