Workers in Certain Professions More at Risk for Divorce than Others, Research Shows 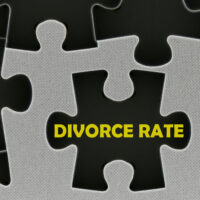 Your job can take a big toll on your personal relationships, and the stresses involved in some careers make it even harder to stay married than others. A study conducted using national census data revealed the fields with the highest rates of divorce, as well as the fields where workers get divorced less than average.

The US Census Bureau conducts a 5-Year American Community Survey, and recently released the results of its 2015 survey. Statistician and reporter Nathan Yau used this data to calculate the average divorce rate among the roughly-500 professions studied in this survey. Yau also looked at divorce rates by average income level to determine how earnings affected the longevity of marriages.

This analysis found several distinct patterns and predictors of divorce rates; namely, work done in shifts, at night, or that requires travel is more likely to result in divorce. The two professions with the highest divorce rates—nearly 53% for each—bear this out: bartenders and gaming managers in casinos. Next come flight attendants, who divorce at an average rate of 51%. Telemarketers have a divorce rate of nearly 50%. Other careers with above-average divorce rates include licensed vocational and practical nurses, massage therapists, factory workers, and supervisors in correctional facilities. When divorce rates were sorted for the average earnings of each profession, the numbers showed that divorce rates increased as income decreased.

Fields with low divorce rates tended to center in the sciences, medicine, and technology. Actuaries, who calculate risk for insurers, held the distinction of having the lowest divorce rate at 17%. Physical and medical scientists had about a 19% divorce rate. Software developers had a 20% divorce rate, as did members of the clergy. Physical therapists and optometrists each had a 21% divorce rate.

It’s unclear whether the average divorce rates among professions is related to the profession itself or the sort of person drawn to that field. Yau, the statistician who conducted the analysis, is inclined toward the latter theory. “If someone who is already a physician, quits and takes a job as a bartender or telemarketer, it doesn’t mean their chances of divorce changes. It probably says more about the person than anything else. Similarly, those with certain occupations tend to be from similar demographics, which then factors into how the individuals live their lives.”

If you’re a New York resident facing divorce and want to find experienced and professional legal counsel to walk you through this process, contact the seasoned and compassionate Hudson Valley divorce lawyers at Rusk, Wadlin, Heppner & Martuscello, LLP for a consultation, in Kingston at 845-331-4100, and in Marlboro at 845-236-4411.