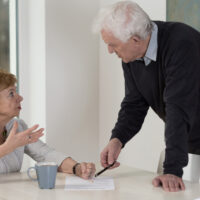 Divorce rates in the US have declined somewhat over the past 30 years, except for one surprising demographic: those over age 50. As old-fashioned social rules on the acceptability of divorce change, more and more baby boomers are seeking to end their marriages. Learn more about what is believed to be at the root of this shift, and speak with an experienced New York divorce attorney if you’re considering a divorce after 50.

Nearly 25% of divorces found to be among those over 50

According to recent research, nearly one in every four divorces involves a couple that is over 50, and one in ten involves a couple that is over 64. In fact, those over age 50 were two times as likely to get a divorce as were couples from their parents’ generation as recently as 1990. While divorce rates are generally lower among those without college degrees, this isn’t true for divorcing people who are over 50. In part, the higher divorce rate among those over 50 is due to the fact that older people are more likely to be on their second or third marriages, which are statistically less likely to survive. However, more than half of the divorces among the over-50 set have been found to be first marriages, or marriages that have lasted 20 or more years.

Longer lifespans & desire for satisfaction among reasons for gray divorce

Researchers point to numerous causes for the higher rate of divorce among those over 50. For one, many couples spend the years leading up to their retirement age focused on working together as a team to raise their children. Only once these children are grown and out of the house do the couples realize that they might not have had as much in common as they thought, leaving them wishing for a more satisfying partnership. Another factor is increasing lifespans. Where 50 years ago, someone in their late 50s or early 60s might have only expected to live another 15 years, Americans are now living well into their mid- to late-80s. People are less inclined to spend 30 years in an acrimonious or unfulfilling relationship. Finally, the increased financial independence of women is a cause for the greater number of divorces among seniors. Since the wife is less likely to be financially dependent on her husband, both spouses are more likely to end a marriage that has soured.

If you’re considering ending your marriage later in life, discuss the numerous special considerations for older divorcees by contacting the seasoned and dedicated Hudson Valley family law attorneys at Rusk, Wadlin, Heppner & Martuscello, LLP for a consultation, in Kingston at 845-331-4100, or in Marlboro at 845-236-4411.