Lawsuit Against Kingston Hospital Permitted to Move Forward After Appeal 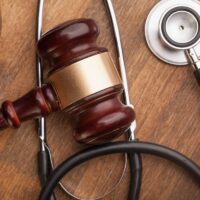 A former patient at Kingston Hospital has been permitted by the New York Appellate Division to move forward with a claim of medical malpractice, having shown that there was support for her claim that she would have had a better outcome had she received better care.

The plaintiff in the case of Randall v. Kingston Hospital is Martha Randall. Randall had been an inpatient at Kingston Hospital for about two weeks with a serious case of pneumonia when she developed a painful headache. She reported the headache to her nurses, and her doctor prescribed her with Tylenol. About three hours later, her husband reports that he told the nurses that his wife’s vision was beginning to change, and that she was seeing psychedelic colors. Her doctor, Todd Baldwin, ordered that she receive a CT scan to check for any neurological abnormalities. Randall received the scan, and the results showed that she had experienced a bleed in her brain, or hemorrhagic stroke. Thirty-five minutes later, these test results were conveyed to the hospital’s charge nurse, and Randall’s care was taken over by a neurologist. The next morning, when Randall’s hemorrhage had not stopped bleeding, she underwent surgery. Randall now is unable to walk without assistance, has permanent vision damage, and has cognitive difficulties.

Randall filed a lawsuit against the hospital, Baldwin, and Baldwin’s medical practice for malpractice. She claimed that the medical professionals in charge of her care failed to act according to prevailing medical standards based on her symptoms and medical history, and if they had, she would have made a stronger recovery than she did. The defendants made a motion to dismiss her claims, arguing that Randall could not prove that she would have made a full improvement had she received different or faster care, and that the doctors acted reasonably under the circumstances of her case. The trial court agreed with the defendants and dismissed Randall’s claim. Randall appealed, and the Appellate Division reversed the trial court’s decision, reinstating Randall’s claim. The Appellate Division explained that, where a plaintiff is claiming that a physician provided medical care below applicable professional standards, the plaintiff should show this with testimony from expert doctors who have examined the plaintiff’s medical files and can testify that, based on those facts, the treating physician should have acted differently. In Randall’s case, an expert testified on her behalf that, based on the fact that her husband reported that her vision had changed, and on her history as someone with hypertension, chronic obstructive pulmonary disease, and smoking, the doctors should have sooner looked for symptoms of a stroke. While the defendants contested this evidence, the testimony itself was strong enough evidence of a legitimate claim to justify Randall’s lawsuit moving forward toward trial.

If you have been a victim of negligent medical care in New York’s Hudson Valley, contact the knowledgeable and trial-ready medical malpractice attorneys at Rusk, Wadlin, Heppner & Martuscello for a consultation on your case, in Kingston at 845-331-4100, or 845-236-4411 in Marlboro.