New Law Would Allow Police to Scan Phones with “Textalyzer” 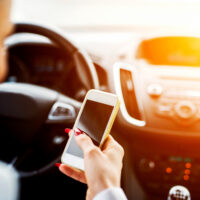 It seems that more evidence of the dangers of texting and driving emerges every day, and yet many drivers still read and write text messages while behind the wheel on a daily basis. While law enforcement and safety researchers understand that this is a major cause of serious accidents, it can be difficult to identify when a driver had been texting prior to an accident when the driver denies it occurred. If a bill currently before the New York state legislature passes, New York police will be permitted to scan the phone of anyone involved in an accident to determine whether they were texting prior to a crash.

The bill, known as “Evan’s Law,” came about as the result of a tragic accident believed to be caused by distracted driving. Evan Lieberman, a 19-year-old college freshman, was killed while riding as a passenger in his friend’s car while on the way to school. The driver claimed that he had fallen asleep while driving, but Evan’s father, Ben, was skeptical of this claim. He fought for years in court for the right to review the driver’s cell phone records, ultimately learning that the driver was in fact texting in the minutes before the crash.

In order to simplify the process of determining whether those involved in an accident were using their phones in the moments before a crash, Ben Lieberman approached the tech company Cellebrite to request their help. Spurred on by Lieberman, the company is now several months away from releasing a device they call the “Textalyzer,” which can be used to scan a phone to determine whether it has recently been used to text.

If passed, Evan’s Law would authorize police officers to use the Textalyzer to scan the phones of all drivers involved in a crash. Opponents of the bill have expressed concern that the bill would violate drivers’ privacy rights by enabling law enforcement to access their personal messages. However, the Textalyzer’s software was written in such a way that it cannot examine the content of any messages sent from the phone; rather, it identifies how a phone was used and the typing pattern on the keyboard, which can be indicative of texting. Only after the Textalyzer indicated that a phone was used for texting would law enforcement be able to request a warrant to read the contents of the messages sent. The bill has received approval from one New York State senate committee and is currently being considered by a second.

If you or someone you love has been injured in a crash with a distracted driver, seek help in getting the money damages you may be owed by contacting the dedicated and knowledgeable Kingston auto accident attorney at Rusk Wadlin Heppner & Martuscello, LLP for a consultation, at 845-331-4100 (Kingston), or 845-236-4411 (Marlboro).