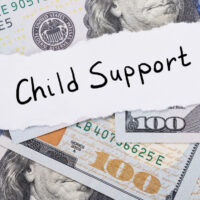 New York State generates the amount that parents are obligated to pay in child support by using the guidelines under the Child Support Standards Act, New York Domestic Relations Law section 240 (1-b). The guidelines call for a basic child support payment, and allow the court to impose additional add-on expenses, to be shared between the child’s parents based on their respective incomes. These add-on expenses include child care while the custodial parent is working; educational expenses; and health insurance and unreimbursed medical expenses. However, a panel of judges in the New York Appellate Division recently ruled that a parent is required to prove why the imposition of these additional costs is warranted before the judge can impose them on their fellow parent.

The case, titled Michael J.D. v. Carolina E.P., involved co-parents who had briefly cohabited after the mother gave birth, but had never been married. The couple had discussed the sort of life they wished their son to have, including a private school education, swimming lessons, and music classes. The parents split, and the mother (the custodial parent) turned to the court to impose child support. The Supreme Court of New York County ordered the father to pay both basic child support, as well as 100% of the add-on expenses the mother requested: health care, unreimbursed medical costs, education, and extracurricular activities. Education costs were imposed in the amount it would cost to fund the child’s attendance of the Trinity School in New York City from Kindergarten through 12th grade. At the time of the judge’s decision, the child was two years old, and was not yet enrolled in school of any kind. The father objected to the imposition of the add-on costs for education and extracurricular activities, and appealed the judge’s decision.

The First Department of the Appellate Division sided with the father and eliminated the imposition of education and extracurricular costs from the father’s child support obligation. The Appellate Division noted that the trial court judge had not cited any reason why she imposed the cost of a private education on the father, aside from the mother’s testimony that the parents had discussed sending their child to private school among themselves. The court stated that add-on expenses can only be awarded based on: the specific circumstances of the case, the circumstances of the parents, in the child’s best interests, and the requirements of justice. The court noted that the basic child support, prior to the imposition of add-on costs, is set at an amount that is assumed to meet the basic needs of the child, and that awarding additional expenses should occur only when warranted. Courts are instructed to consider ten factors under the law before imposing these additional costs. These factors include the parents’ financial resources, the child’s aptitude or special needs, parents’ disparity in income, and the standard of living the child would have enjoyed had the parents not separated. Considering that the child was so young (having not yet displayed any special aptitude); the parents had lived together so briefly that no standard of living for the child had been established; and the father’s ample but not-extravagant income; the Appellate Division found no basis for the imposition of the school and extracurricular costs.

If you are facing a family law issue and need experienced and compassionate legal counsel to assist you, contact the Hudson Valley family law attorneys at Rusk, Wadlin, Heppner, and Martuscello, in Kingston at 845-331-4100, or Marlboro at 845-236-4411.