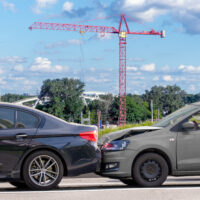 New York is one of a handful of states that have a no-fault insurance scheme. In most states, when you wind up in a car accident caused by someone else’s negligence, you can file a claim with the at-fault driver’s insurance and/or sue the at-fault driver for compensation. In New York, you are meant to rely on your own insurance, even if someone else caused the wreck. Read on to learn about how no-fault insurance works in New York and the circumstances under which you can get out of the no-fault insurance system. If you were injured in a car accident in the Hudson Valley, call an experienced Kingston traffic accident lawyer for help.

After a Typical Car Crash, You Rely on Your PIP Insurance

In New York, your bodily injury coverage or personal injury protection (PIP) is also known as “no-fault” insurance. After a car accident, even an accident caused by another driver, you are meant to file a claim with your own insurance company and rely upon your PIP coverage. You do not need to demonstrate fault, and you are guaranteed benefits so long as no exception applies. No-fault policies typically include certain exceptions from coverage. Drivers who get into an accident on purpose or while committing a felony, for example, may be denied coverage entirely.

Basic no-fault protection includes medical expenses, 80% of your lost wages up to a maximum of $2,000/month for up to three years, as well as death benefits where appropriate. Other personal injury damages such as pain and suffering or emotional distress are not covered, and coverage is limited to the policy cap.

Unless you satisfy an exemption from the general rule, you cannot file a claim against the at-fault driver or with their insurance provider. If you wish to collect additional damages, you’ll need to get outside of the no-fault insurance scheme.

How to Get Outside of the No-Fault Insurance System

New York’s no-fault insurance scheme is meant to account for the majority of car crashes across the state. You wind up in a car accident, either on your own or with another vehicle, and you file a claim with your insurance company. There are exceptions to the general rule, however, which allow you to file a claim directly against another driver.

If you were in an accident with another driver, that other driver caused the accident, and you suffered a “serious injury,” you can file a claim against the other driver instead of relying on your own insurance. New York’s Insurance Law explicitly defines what constitutes a serious injury, including the following:

Case law expands upon when a given form of serious injury qualifies a victim to go outside of the no-fault insurance scheme.

If you have the option to collect outside of the normal no-fault scheme, it’s worth pursuing your legal options. A traditional personal injury lawsuit allows for additional damages such as compensation for your pain and suffering and, where appropriate, punitive damages, that are not available through no-fault insurance. You can also collect a greater percentage of your lost wages. If you have suffered anything more than a minor injury in a New York car crash, talk to an experienced car crash lawyer to find out how you can maximize your damages.

If you or someone you love has been hurt by a negligent or reckless driver in New York, find out if you’re entitled to money damages for your injuries by contacting the passionate and skillful Hudson Valley car accident lawyers at Rusk, Wadlin, Heppner & Martuscello, LLP for a free consultation at 845-331-4100 (Kingston) or 845-236-4411 (Marlboro).